For the best part of the 21st century, energy drinks have been a popular alternative to coffee or tea. Many people take to these drinks to give them a quick jolt of energy and to get them through the day. From dealing with a mid-morning rush to making sure you can get through your exercise regime, energy drinks are commonplace today in work, life and in sport. However, when it comes to their actual qualities, are energy drinks good or bad for you?

What’s in an energy drink?

It depends on what you drink, of course. Many, though, contain a solution called caffeine, and it’s found in just about every conventional energy drink. Typically, an energy drink can contain anything from 80-200mg of caffeine in a single 57-250ml can of the stuff. Typically, caffeine is used to help stimulate the brain and give you easier alertness and more adept concentration.

These all are supposed to help contribute towards the benefits an energy drink can provide. Indeed, it’s been shown in the past that energy drinks can boost concentration due to the high impact of the sugar, caffeine and herbal extracts in the one drink. However, clear concerns do exist with regards to the scale of caffeine and sugar in a single can of energy juice. Is this too much?

Is that too much caffeine (and sugar)?

It also might contain as much a 29g of sugar – that’s an incredible amount of sugar in a single drink. Given that your average 2000-calorie diet should consist of just 25-38g of sugar, you can see the damage that drinking energy juice might have on your body as time goes on.

Also, please note that some studies show that energy drinks could have a detrimental impact on sleep. It might help you to get through the day and finish work, but the body often feels pretty shredded after a can of energy juice so it might make getting to sleep tougher.

Can energy drinks cause heart problems?

While energy drinks do a pretty good job of helping us to stay active and energized for a period of time, some worrying studies exist around their impact on our heart. A lack of thorough study into the impact on the body of common ingredients in energy drinks, such as taurine and L-carnitine, is an issue. Indeed, an increase in problems such as arrhythmia have been recorded in conjunction with energy drink usage. While the above study believes energy drinks are ‘relatively safe when consumed moderately and separately’ from alcohol and other stimulants, there are worrying links to heart problems with energy drinks.

With the health risks of energy drinks visible in adults, they are even more pronounced in children. indeed, the American Academy of Pediatrics stated in 2011 that energy drinks should not be drunk by teenagers or children.

With no more than 100mg of caffeine per day recommended for the average child, it’s important that adults care for their children and regulate their use of energy drinks. With the brain and body still developing in a teenager or child, dependency or regular usage of such stimulant could provide detrimental to their long-term health.

While by no means a killer drink, there are obvious concerns with the content of the average energy drink. If you want to help care for yourself or for your children, we recommend limiting or entirely inhibiting the use of energy drinks. There are many less sugary, less controversial methods of increasing your ability to stay alert and concentrated than using the modern phenomenon of the energy drink. 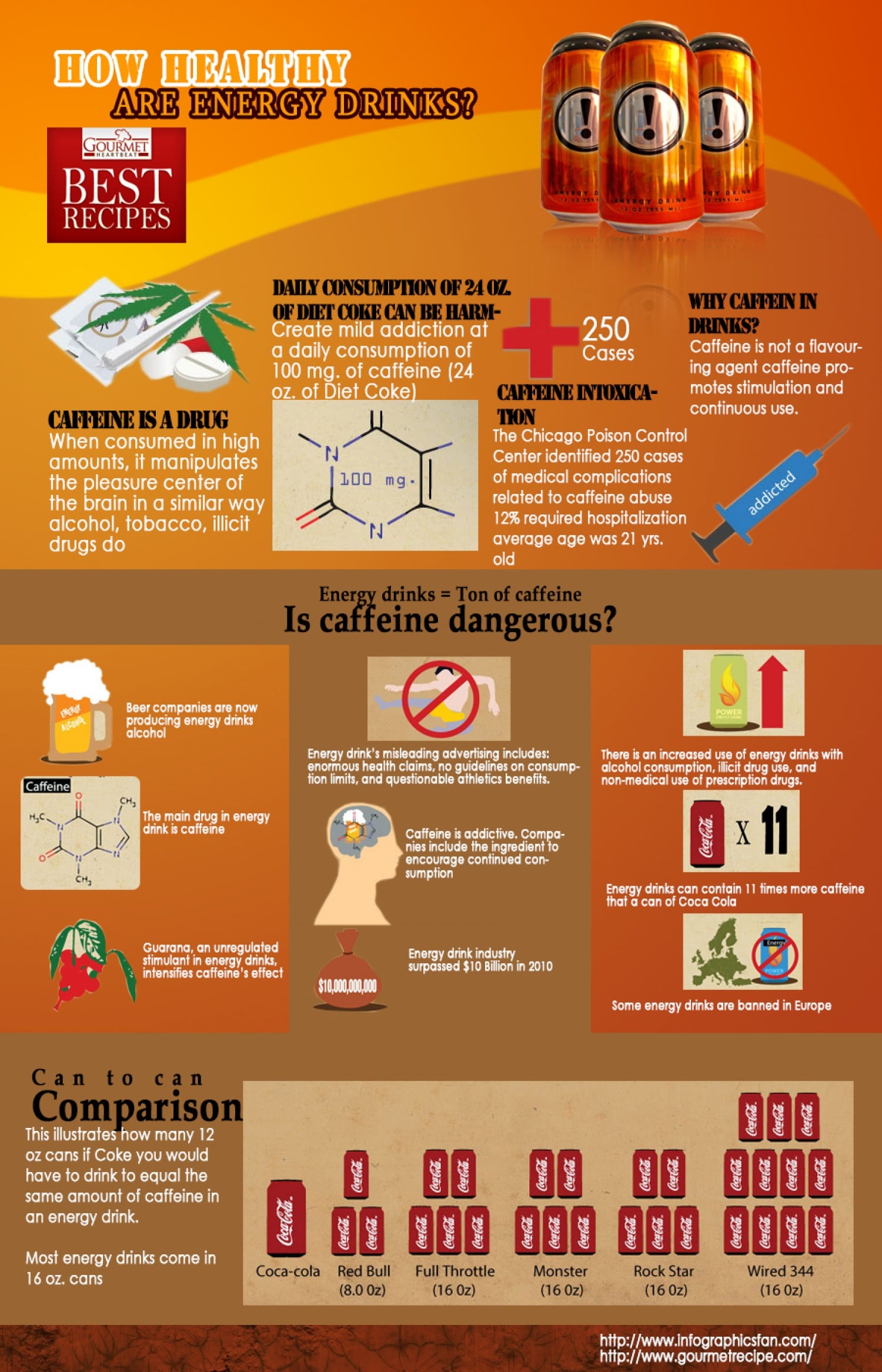 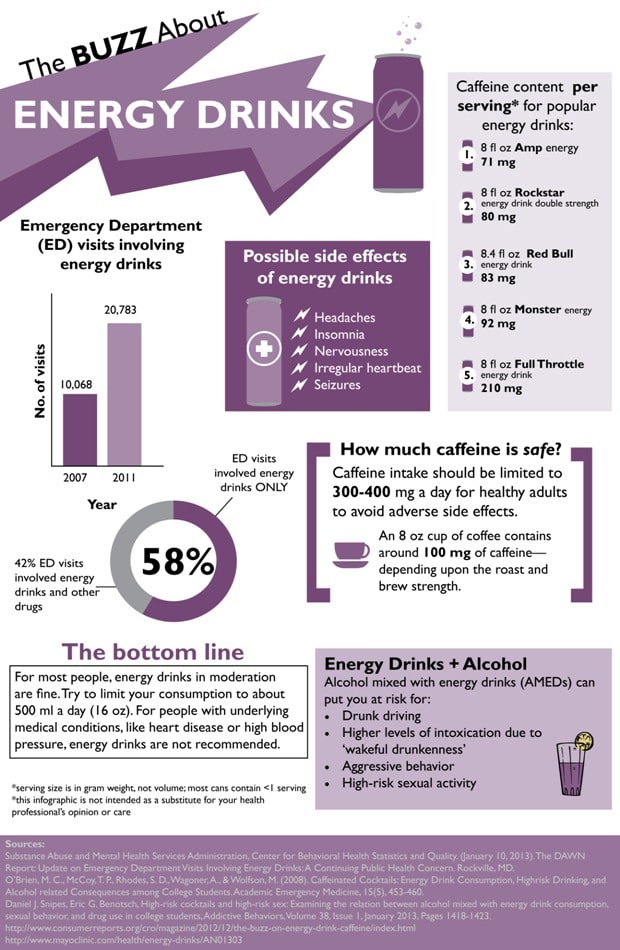 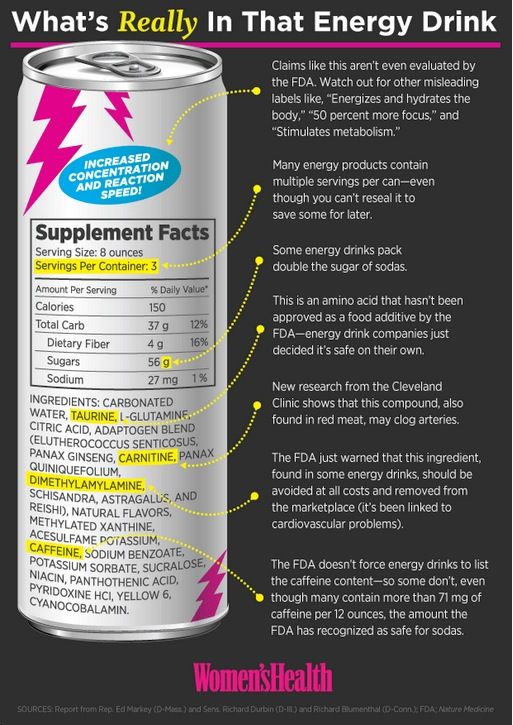 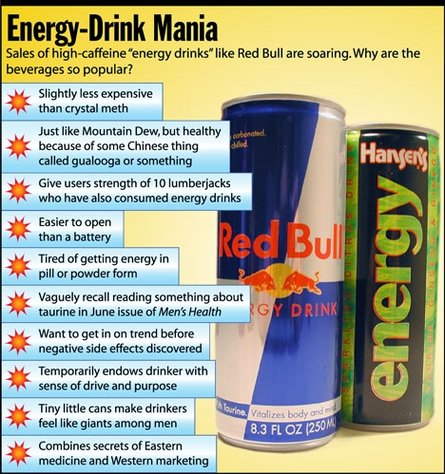 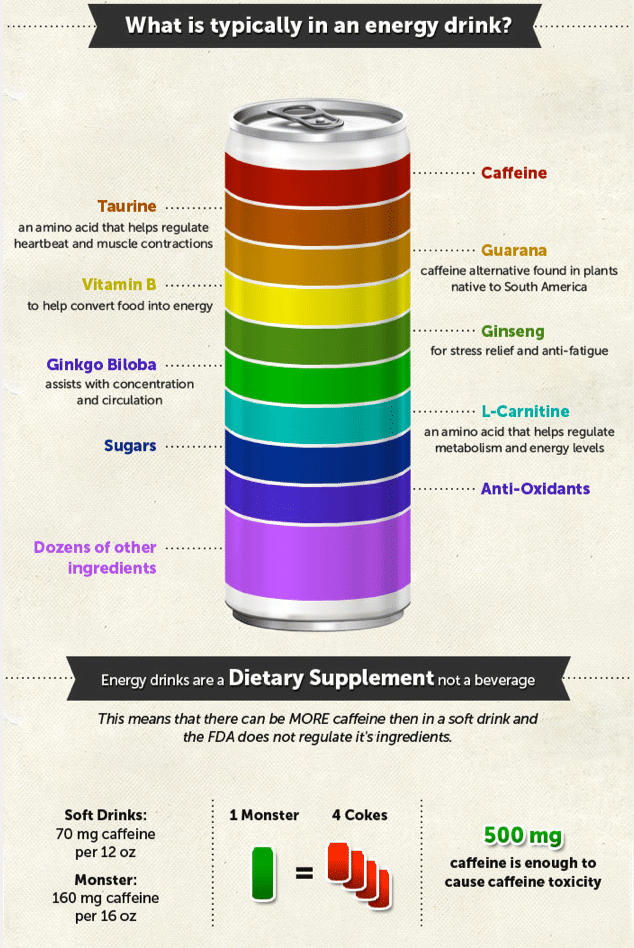 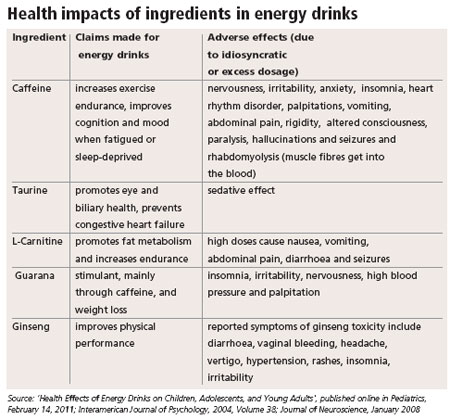 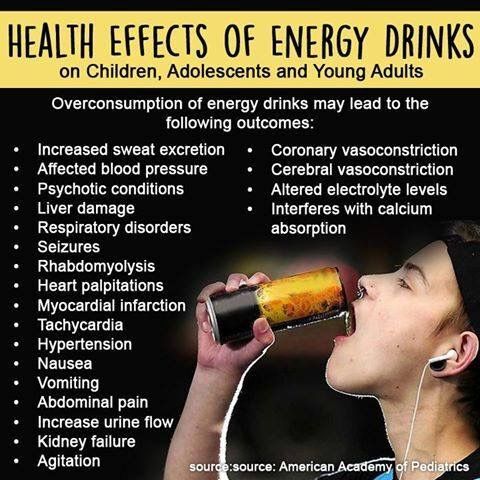