Is There a Right Time to Get an Eternity Ring? : An eternity ring can often be seen as the final piece of the puzzle, chronicling a couple’s journey from engagement to marriage to happily ever after. An eternity ring, in my opinion, is the most important piece of jewellery you can buy since it is a powerful symbol of eternal love.

Eternity rings have traditionally been purchased to mark a big occasion, but when is the best time to purchase one for your partner?

Eternity rings date all the way back to about 4000 B.C.E. We can actually credit the Egyptians for the symbolism. At the time, the rings stood for enduring love and life after death. Designs back then, on the other hand, were frequently significantly more graphic. Eternity rings that represent snakes gnawing their own tails have been around for centuries.

The popularity of eternity rings peaked in the 1960s, despite its historical roots. As a result, designers were attempting to include smaller diamonds into the designs. Eternity bands are typically platinum or gold bands that are encrusted with diamonds all the way around the band, forming a diamond circle.

A variety of eternity rings are now available, and any band can be given as a symbol of eternal love.

On the same finger, an eternity ring is frequently seen paired with an engagement ring and a wedding band. The ring finger, the fourth finger on the left hand, is the most common choice. However, the eternity ring can also be worn on its own on the right hand. Eternity rings can be worn wherever the bearer chooses, as there are no hard and fast laws.

In What Situations Is An Eternity Ring a Good Gift Idea?

Depending on your preferences, there are a variety of customs around the presentation of an eternity ring as a gift.

It’s the first anniversary of marriage:

While paper is the traditional first anniversary gift, an eternity ring is a wonderful way to commemorate one year of marriage and many more to come.

The Arrival Of A New Member Of The Family:

After the birth of your first child together, an eternity ring might be given as a symbolic token of your commitment to one another. As a result, the eternity ring is sometimes referred to as a “push gift.” It serves as a reminder of a special moment every time the wearer looks at their ring.

After 10 years of marriage, an eternity ring makes a wonderful gift. Tin or aluminium was traditionally given as an anniversary gift after ten years of marriage. The modern list, on the other hand, suggests that jewels should be used to commemorate a marriage’s long-term stability, sturdiness, and resiliency.

While silver is often given to couples who have been together for 25 years, platinum jewellery is often seen as more robust and long-lasting. Having a platinum eternity band is a wonderful way to commemorate such a remarkable achievement.

As a couple, this was a turning point.

It’s inevitable that each partnership will have its own unique defining moments. It’s possible that you’ve made the decision to spend the rest of your lives together without getting married. Alternatively, you may have just bought a property together and want to celebrate. It’s possible that overcoming adversity or a difficulty was the moment that solidified your love for one another.

An eternity ring can commemorate a special occasion in a couple’s relationship and serve as a constant reminder of those special times.

The first time gemstones are given as an anniversary gift is when a couple has been married for 40 years. A ruby eternity ring is the perfect present for a couple celebrating their 40th wedding anniversary, which is also known as their ruby wedding anniversary. We believe that gemstones can be given at any time of the year, notwithstanding the belief that this is their first year.

The 60th anniversary of your marriage:

The diamond wedding anniversary is celebrated on the 60th anniversary of a marriage. A diamond’s strength is evident, and this time together illustrates just how strong love can be. Diamond eternity rings are a natural choice for a significant occasion like a wedding anniversary.

There are a variety of rings to pick from, such as an interlocking trinity band symbolising an indestructible bond, a Cartier Love Ring, or possibly an eternity ring set with gemstones. When it comes to finding the perfect eternity band, Susannah Lovis’ jewellery professionals are ready to guide you through the process.

Related Videos about Is There a Right Time to Get an Eternity Ring? :

Is There a Right Time to Get an Eternity Ring? 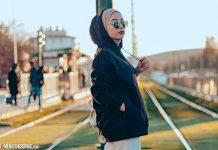 Hoodies Are A Great Way To Keep Warm In The Winter 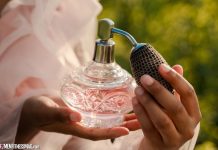 Is a 30ML Perfume Big Enough? 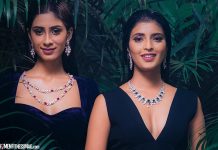 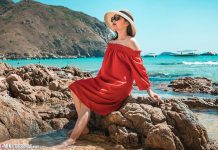 7 Seasonal Investment Pieces for Your Wardrobe 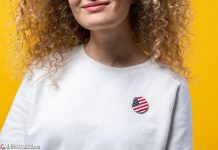 Where And How To Wear Enamel Pins 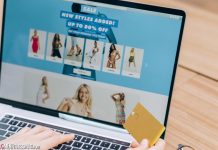 Tips to Save Money When Buying Clothes Online