Common Tattoo Side Effects To Check Out : If you are someone who loves to be in trend all the time then it is for sure that at least for once you have thought of getting inked as permanent tattoos are a thing of this generation and people have started having an assumption that in order to walk in a line with all, they need to be trendy and nothing can make them look cool as much as a permanent tattoo can do.

Although such things are not more than assumption and reality has nothing to do with such things but what matters is the tattoo reaction as people do a thing about how cool and trendy they would look after having a tattoo but they rarely do think how harmful that can become for them. Well, if you are about to get inked then you need to know about some tattoo side effects:

Different people has a different skin type that reacts to different things so if you would see that your friend is not getting any complication of skin after getting inked that doesn’t mean that you would also not get any such kind of complications rather if your skin would react then the infection would be a common thing for you.

Chances of getting HIV as well as hepatitis:

How can an STD complication take place through a tattoo? I am sure this is what you are thinking right now but if you would get into a tattoo parlor where they rarely change their needles and if an HIV positive person would get tattooed before you and if the same needle would get into your blood then no one can save you from HIV.

Tattoo Scars are a common thing and it takes place just after getting a tattoo but it eventually goes away after a while but in some cases, it stays forever and you never know if you prove out to be unlucky in this matter and the scar rejects to get off your skin.

Skin inflammation as well as infection:

If you have really sensitive skin then most chemical can react on your skin and if you would get inked then there is a surety that your skin would get inflamed and this happens when your skin gets infected by tattoos. Medical help can resolve the issue but the suffering would be not so cool, unlike the cool tattoo.

If you are someone who donates blood on a regular basis or even thrice a week then getting a permanent tattoo can push you in a risk as for some days you would not be able to donate blood and in some cases you might not be allowed to donate blood ever.

Permanent tattoos can sometimes result in bruises though that depends on person to person and hygiene plays an important role here and if your hygiene game would be on point then you might escape from this problem otherwise it is a real problem.

This is the least common problem and honestly, no one would talk about this issue but the fact cannot be denied that cancer is still the scariest health complication. Since a permanent tattoo would use some chemicals that would reach out to your blood so there are chances that you can get skin cancer which is a rare thing but still you should think about it seriously.

These were some of the most common tattoo side effects that you can skip by avoiding permanent tattoos rather, you can get temporary tattoos and for more such information you can browse through Healthclubfinder.

Related Videos about Common Tattoo Side Effects To Check Out :

Think Before You Ink: Are Tattoos Safe?

Tattoos – Artist and Nurse Practitioner On Keeping it Healthy

16 Side effects of Permanent Tattoo

Can tattoos make You sick?

Common Tattoo Side Effects To Check Out 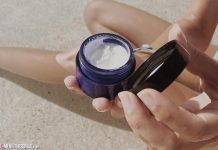 What is CBD Body Butter? 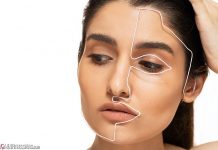 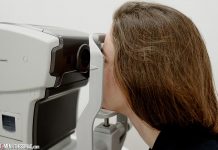 Why You Should Check Your Eyes Regularly 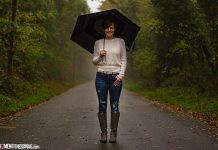 How To Keep Yourself Dry In The Rainy Season 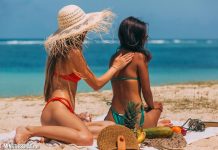 2022 Beauty Checklist You Need To Do Before Going On Vacation 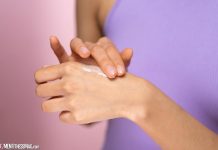 Care for Your Skin