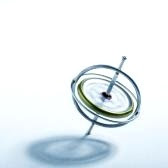 It is true that your momentum and your belief play the most important role in your working for achievement of your targets. Because if you believe that you can do something, you often miraculously get some ability to do it… even if you’ve never done it before. And if you fall down in your attempt, if you believe that the slip up was nothing more than a delay in your action, instead of a denial, then you’ll get back up and keep going.

You know! If the flame grows bright enough, even the very casual observer can notice a change in someone that switches from lack of belief to extreme obsession for success.

Sometime ago, a match was going on between the Milwaukee Bucks and the Philadelphia Seniors. The Bucks were up by 16 points! It was looking like to be a blowout…
…But the Seniors never lost their belief. Their top scorer, Allen Iverson, was having possibly the worst scoring night of his life, but he was an animal on defense. Their coach, Larry Brown, was imploring them to believe. Sure he talked X’s and O’s. I mean, they had to run plays. But he was jumping up and down on the court. Pleading with his team to keep up the pressure, to run down every loose ball, to make every pass as important as if it were the last one of the game. Nothing but emotion. He knew they could do it… 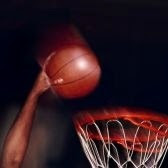 …as long as they didn’t lose their faith. He knew that they were as good as Milwaukee. He didn’t have to explain the basics of basketball. He knew his only job was to keep their heads in the game. So did he get down on them when they made bad passes? He said, “Come on. That’s not like you. You can do this!” They responded. They started to believe. By the 4th quarter they had tied it up 63-63. The crowd was going crazy. That was the Momentum created, Emotion.

When things go right they tend to stay going right, don’t they? But when things go wrong, the same rule applies. The interesting thing in the game was that as the emotion was exploding for the Seniors, the Bucks suddenly became doubters… missing shots, making bad passes, and worst of all, making stupid fouls out of anger. Their first half smiles turned into angry scowls. It was an incredible thing to watch. They had completely lost their belief in themselves. It was an amazing display of momentum shift and a great example of how powerful a force it is in life. Philadelphia responded to all those fouls the Bucks were making to hit 22 free throws in a row… and won 89-88.

This gives us a big lesson that you can have a lot of things going wrong and still get your outcome… if you don’t give up. Had the Bucks made just one more pass, or just one more basket, or if they had made just one less stupid foul out of frustration, they would have won.

When a successful consultant tries to convince his client face to face, it is often at the last second, when he empties his mind and give his prospect every reason he may think of why the client should get his solution that he finally accepts, “Well, all right. You sure do believe that you can help me. So I’ll do it.” I keenly observed my consultant to be doing so repeatedly and his efforts make me learn that I should never give up. Never, Never, Never. Ever.

Once you undertake to do something, you will have to begin to think that you can only take the job, no second decision and get yourself to believe in your ability to do whatever it is you’re doing a little faster, a little better, and with a little more enthusiasm, momentum will shift in your favor. Watch it works surely. I confirm to you that soon you will go from the scowl to the winning smile.

You know! Success and happiness always starts between your own two ears. Don’t wait. Don’t listen to anyone else. Begin right now and throw that smile on, and keep thinking all day, I can. I can. I can. Every hour. “I can.” Eating lunch. “I can.” Before you pick up the phone. “I can.” …And you will succeed definitely.

Be Happy – Keep your momentum up and proceed on the path of your working for achieving your target – you will succeed. 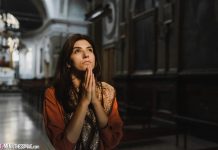