How to ruin a perfectly good relationship.

“Criticism is the only reliable form of autobiography,” Oscar Wilde said, because it tells you more about the psychology of the critic than the people he or she criticizes. Astute professionals can formulate a viable diagnostic hypothesis just from hearing someone’s criticisms.

Criticism is also the first of John Gottman’s famous Four Horsemen of the Apocalypse, which he has used to predict divorce with over 90 percent accuracy. It’s the most apocryphal, as the other three tend to follow from it—stonewalling, defensive, and contemptuous partners almost invariably feel criticized.

Criticism is destructive to relationships when it is:

About personality or character, rather than behavior
Filled with blame
Not focused on improvement
Based on only one “right way” to do things
Belittling (To belittle, you have to be little—Gibran).

Criticism in close relationships starts out on a low key, in most cases, and escalates over time, forming a downward spiral of resentment. The criticized person feels controlled, which frustrates the critical partner, who then steps up the criticism, increasing the other’s sense of being controlled, and so on.

At no time in this downward spiral does an obvious fact occur to critical people: Criticism is an utter failure at getting positive behavior change. Any short-term gain you might get from it builds resentment down the line.

Criticism fails because it embodies two of the things that human beings hate the most:

While people hate to submit, though, we actually like to cooperate. Critical people seem oblivious to this key point about human nature: The valued self cooperates; the devalued self resists. If you want behavior change from a partner, child, relative, or friend, first show value for the person. If you want resistance, criticize.

Why We Criticize Anyway

Critical people are certainly smart enough to figure out that criticism doesn’t work. So why do they keep doing it, even in the face of mounting frustration? It’s because criticism is an easy form of ego defense. We don’t criticize because we disagree with a behavior or an attitude. We criticize because we somehow feel devalued by the behavior or attitude. Critical people tend to be easily insulted and especially in need of ego defense.

Critical people were often criticized in early childhood by caretakers, siblings, or peers, at an age when criticism can be especially painful. They cannot distinguish criticism of their behavior from outright rejection, no matter how much we try to make the distinction for them, as in the well-intentioned, “You’re a good boy, but this behavior is bad.” Such a distinction requires a higher prefrontal cortex operation, which is beyond most young children. For a child under seven, anything more than occasional criticism, even if soft-pedaled, means they’re bad and unworthy.

The only thing young children can do to survive is attach emotionally to people who will take care of them. Feeling unworthy of attachment, as criticized young children are apt to feel, can seem like life or death. So they try to control the great pain of criticism by turning it into self-criticism—because self-inflicted pain is better than unpredictable rejection by loved ones.

As hard as they are on others, most are at least equally hard on themselves.

You’re likely to be the last to know whether you’re a critical person. As the joke goes: “I give feedback; you’re critical. I’m firm; you’re stubborn. I’m flexible; you’re wishy-washy; I’m in touch with my feelings; you’re hysterical!”

If someone says you’re critical, you probably are. But there’s a better way to tell: Think of what you automatically say or think to yourself if you drop something or make a mistake. Critical people will typically think, Oh you idiot, or curse or sigh in disgust. If you do that to yourself, you most likely do it to others.

Critical people often delude themselves into thinking that they merely give others helpful feedback. Here are some ways to tell the two apart.

Criticism focuses on what’ s wrong: Why can’t you pay attention to the bills?
Feedback focuses on how to improve: Let’s go over the bills together.

Criticism implies the worst about the other’s personality: You’re stubborn and lazy.
Feedback is about behavior, not personality: Can we start by sorting the bills according to due date?

Criticism devalues: I guess you’re just not smart enough to do this.
Feedback encourages: I know you have a lot on your plate, but I’m pretty sure we can do this together.

Criticism implies blame: It’s your fault we’re in this financial mess.
Feedback focuses on the future: We can get out of this mess if we both give up a few things. What do you think?

Criticism attempts to control: I know what’s best. I’m smarter and better educated.
Feedback respects autonomy: I respect your right to make that choice, even though I don’t agree with it.

Criticism is coercive: You’re going to do what I want, or else I. . . (won’t connect with you or will punish you in some way).
Feedback is not coercive: I know we can find a solution that works for both of us.

If you’re angry or resentful, however, any feedback you offer will be heard as criticism, no matter how you put it. That’s because people respond to emotional tone, not intention. So it’s best to regulate your anger or resentment before you try to give feedback.

To give feedback from your core value:

Focus on how to improve.
Focus on the behavior you would like to see, not on the personality of your partner or child.
Encourage change, instead of undermining confidence.
Sincerely offer help.
Respect his or her autonomy.
Resist the urge to punish or withdraw affection if he or she doesn’t do what you want. 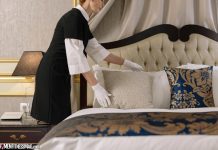