Why Football is an Amazing Way for Women to Stay Fit : Women’s sport is currently on the rise and is vastly becoming a major commodity on some of the latest sporting broadcasts with leagues such as the WNBA, Women’s Premier League and the WNFC among others, with more women now taking further strides to become more affiliated with sports including the immensely popular sport of football.

Football is the world’s most popular and prestigious sport with a wide number of country’s favouring this commodity as its most favourable sporting outlet, which is certainly reflected in the global viewing of some of the sport’s biggest events such as the World Cup, UEFA Champions League and the English Premier League division.

A wide number of individuals and groups have since taken a likening to partaking in playing football which includes ethnic minorities, older demographics and of course those of different gender, with women’s football being among the world’s most vastly growing sports in popularity.

The UEFA Women’s Euros international tournament has seen a major increase in viewers in recent years, as well as the number punters who are eagerly looking to partake in any football betting related activities.

The very first game of the Euros saw over two and a half million viewers tune into the broadcast, which of course was England’s 1-0 victory over Austria at Old Trafford, the home of Manchester United FC.

This encounter also saw a new all-time women’s international group stage football attendance record with a staggering 68,871 fans cramming into the Theatre of Dreams, completely smashing the prior record of 29,092 that was also hosted in Manchester way back in 2005 for England’s 3-2 victory over Finland.

With the popularity surrounding women’s football now firmly on the rise, this is a great opportunity for more females to get involved with the sport as part of any fitness regime as it remains as great way to get in shape and to fall completely in love with the sport as a whole.

The benefits football can bring to women’s health:

Playing sports as a whole will help keep your body in check and any individual at a great status with regards to their physical health.

Football can focus on helping out the body in many ways that can range from cardio, muscle growth and overall body endurance, which is a key aspect of many workout regiments.

Actively playing football can help improve an individual’s heart health and blood pressure, increase the mass of muscles as well as develop bone strength for those who are usually less active, reduce body fat, can develop more speed, strength and stamina, trains the brain to improve coordination and concentration and can help promote the concept of teamwork to boost an individual’s personality and social interaction with others.

Even if you are not a major fan of football or have hardly any prior knowledge of the sport, it is still a tremendous asset to developing a person’s body to a healthier and to help booster a person mentally who may not be as sociable as others in a group.

The trend of women’s football is now as high as it has ever been due to the Euros tournament, which means this the perfect opportunity for aspiring female athletes to try and get more involved with the sport for the reasons listed above and for the enjoyment that football can provide when playing with friends or in a group of rival players.

Why football is the best sport to get involved with:

The long listing of health benefits above maybe great for those to look across for anyone willing to take up a fitness regime, yet for any casual individuals who are aspiring to get fit and take up an activity in their free time, football is the perfect choice given its popularity and overall joy to play with others.

Playing on an open field or a rocky concrete tarmac whilst kicking a ball up and down may not sound as fun or enjoyable at first, yet there is so much more to the game of football than originally meets the eye.

The world has fallen in love with the sport due to the passionate nature behind it as well as the thrill that such an amenity can provide casual sporting fanatics.

Whether it may be curling a wicked shot in the top corner or pulling out a lifesaving tackle, the thrill behind such a momentous play can be solely unlike any other with teammates ready to offer praise as well as encouragement if you make a minor error.

Football is a team game and is now among the most favourited sports by women worldwide, with this sport being at the forefront of further involvement and investment in women’s sport throughout the past few decades, making this a primary sport to watch and actively play under any circumstances.

Related Videos about Why Football is an Amazing Way for Women to Stay Fit : 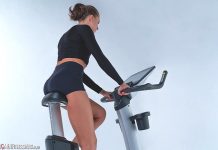 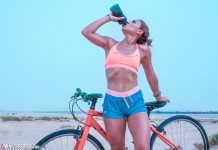 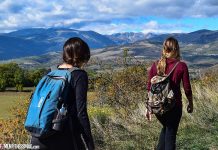 Five Reasons To Take Up Hiking 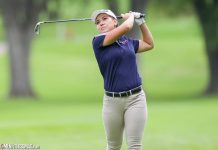 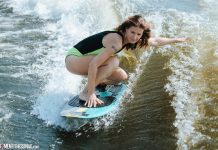 Surfing For Fitness: The Perfect Exercise For Your Physical and Mental Health 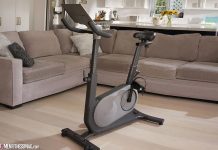 How Does a Smart Bike Work?