What are the Body Benefits of Core Strength? In the world of athletics, there is a need to have a complete and functional body. Since this is the tool one uses to perform on the field, court, pitch etc., it is necessary for things to be working properly in order to be successful.

Athletes spend countless hours doing bench presses, squats, deadlifts, sprints, and a myriad of other exercises that make them explosive on game day. One area that is often neglected, however, is the core. The core helps an athlete in numerous ways, including injury prevention and overall strength. It is an integral part of an elite athlete’s performance, and it should be treated as such. As the name suggests, the core is the foundation of a person’s strength, upon which other areas are to be built.

Contrary to what Hollywood and the tabloids would have you believe, developing a strong core is not meant solely for looking good on the beach. Six-pack abs are nice, sure, but aesthetics are not a serious concern for any serious athlete. Preventing future injuries is one of the main functions that core strength provides.

Having stable and sturdy core muscles allows the body to bear the weight being put on it. A squat is an example of an exercise that requires a strong core if the lifter wishes to support the mass being put on their shoulders.

Stability is key. The tiny stabilizing muscles in the abdomen and lower back can help protect ligaments, disks, and tendons that would be at risk with an unsupportive midsection. With less support in the core, an athlete’s legs are forced to carry more of the weight, putting hips, knees, and ankles at risk as well.

The squat is a vital exercise in several major sports, namely football. With athletes working tirelessly in order to apply as much force off of the ground as possible, preventing injury during an activity as dangerous as free squatting is vital to a long and successful career. Additionally, core strength allows for football players to be better prepared for the vicious body blows they receive on a regular basis.

Though injury prevention is a huge part of what makes a strong core so useful to athletes, it is far from the only reason they should develop this area. Perhaps the fact they find most attractive is that it simply makes them stronger overall.

While staying healthy during movements like a free squat or a deadlift is great, an athlete is still very much concerned with how much weight is putting up. The explosion and power that develops due to improvement in these exercises is what produces the plays that talent scouts universally seek.

Basketball relies heavily on lower body force, as this is what players use in order to propel them through the air. The more force a person applies to the ground, the higher he or she can jump. A strong core allows a gym-goer to strengthen their legs at a more rapid rate, due to the fact that the midsection is taking on more of the weight.

Now, athletes are able to focus more on the amount they are putting up and less on alleviating aching backs and joints. This leads to some very bouncy basketball players indeed.

As if jumping higher was not enough, a strong core helps other areas of athleticism as well. The core is what stabilizes both the lower and upper body. With increased stability comes increased functionality. A body that is perfectly in sync is a body that is capable of almost anything. A well-trained core allows an athlete to be stronger, faster, and healthier for the long haul.

It is true, however, that a strong core takes time to develop through a long, unglamorous ride through planks, bridges, raises, and a strict diet. Get your stopwatches ready, folks, because your lives are about to start being measured by 30-45 second increments of workouts. Thankfully, there are now ways to take care of your midsection even when you’re out of the gym.

The waist trimmer is a piece of equipment produced by brands such as McDavid in order to make it easier for people to have a strong core during exercise. This support for the lower back keeps things stable during and after a workout, relieving pain and allowing the gym-goer to push harder through a training regimen. Wear it during a squat. Wear it when you run. Where it when you play sports.

No matter what you are doing, waist trimmers provide quality support. Additionally, this wrap can apply heat, which loosens up the muscles in the core area. This product is sold in both a male and female version, ensuring that any and all who wish to have a stable midsection can kill their workout with little to no pain.

The time has come to give your core its due diligence. Whether you are an athlete or just a run-of-the-mill gym member, anyone can benefit from a strong and stable core. These traits prevent serious injuries that can take place during lifts – particularly heavier ones – while also allowing you to become more athletic in general.

If you are having issues getting this area up to speed, let the waist trimmer bring you along for the ride. Whatever you decide, make sure you decide not to avoid core training and exercises. Like the construction of a beautiful building, it requires a solid foundation. Let’s start building your foundation.

Reasons Why You Have To Strengthen Your Core

3 Benefits of a Strong Core

What are the Body Benefits of Core Strength? 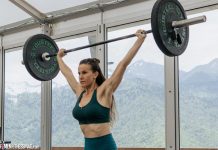 Bodybuilding For Women: Benefit Or Harm 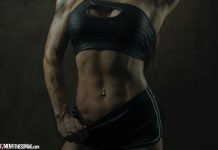 7 Best Abs Exercises that all Beginners Should do 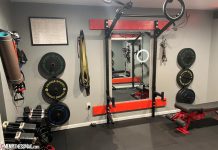 Benefits Of Strength and Hypertrophy Training 2022- Renegade to the Core 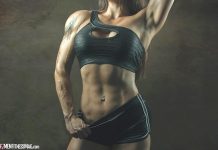 The Benefits of Using Steroids 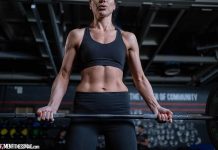 What is SARMs and Its Health Benefits? 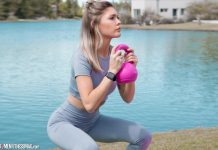