With the Bump: How to Sleep When Pregnant : Getting a good night sleep during the pregnancy period is hard. A pregnant woman’s body is preparing for the event of childbirth and is in works towards the development of the baby. Getting a sufficient time of rest is a necessary part of a woman’s pregnancy. However, it is strange that when the body needs it most, sleep sabotages people.

Finding an ideal sleeping position will always change in each trimester, and it can be considered as a challenge also. Here is something pregnant women can do, to avoid twist and turns on their beds.

How to Sleep When Pregnant

Sleeping On Tummy During Pregnancy

It is okay for women that are in their early stages of pregnancy to sleep on their tummy. However, this sleeping position is not advisable especially for a prolonged period. This sleeping position can affect the woman’s blood circulation, that could also bring harm to their baby.

Doctors and experts recommend that women on second and third trimester should avoid sleeping on their tummy. The sleeping on their stomach position can also press the baby against the vena cava. Vena cava is the one responsible for carrying blood back to the heart.

Sleeping On Back when Pregnant

During the first trimester, pregnant women don’t need to worry about their sleeping position. However, when they are in their second trimester, they need to avoid sleeping on their back.

When they lie on their back, the uterus will put pressure on the vein that will cause the blood to return to the heart. Lying on the back for an extended period can restrain nutrients and blood to reach the baby and their placenta. It is also the cause of nausea and dizziness.

The advised sleep position during pregnancy is SOS or sleep on side. Also, according to doctors, pregnant women should sleep on their left side. Sleeping on their left side helps increase both nutrients and blood. Also, it can reach the placenta and their baby as well.

Sleeping On Side when pregnant (SOS)

The left side is the best position because it helps the uterus to exert pressure to the liver. It will also allow the fetus to get enough nutrients and oxygen thru the placenta. Sleeping on the left side can also improve a pregnant woman’s blood circulation. Lastly, it can help pregnant women to reduce the energy that they spent in drawing the optimal blood flow to both the fetus and them.

Here are some ways that can slightly ease uncomfortable positions and restless legs that pregnant woman feels:

The suggestions above may not be comfortable for all women, especially those that are always sleeping on their stomach or back. Some of the suggestions may work, and others may not be favorable to it. Expectant mothers just need to remember that they must not stay in a single position for a long time. Changing different position from time to time is highly advisable.

There are times that women have difficulty in having a good night’s sleep, most of the time it is due to the discomfort that they feel. Since there are a lot of uncomfortable episodes in a woman’s pregnancy, knowing the best and safest position to sleep is important.

Blogger, health enthusiast, interior designer, and father, Javier loves to create ideas that will help pregnant wives and mothers. Javier is especially particular when it comes to mattresses because he knows that it plays a crucial role during a mother’s pregnancy. He also enjoys joining online forums that answer queries about motherhood and pregnancy. During his free time, Javier often spends it by playing with his son, Jacob.

Tips to Sleep Better During Pregnancy

How To Sleep While Pregnant: New Baby Basics

Proper Sleeping Position During Pregnancy That You Should Know

How to sleep when pregnant

With the Bump: How to Sleep When Pregnant

With the Bump: How to Sleep When Pregnant 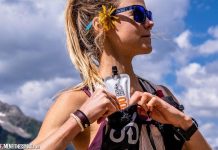 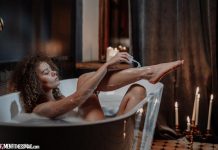 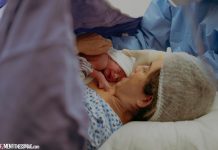 Labor and Delivery Complications You Should Know 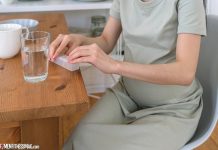 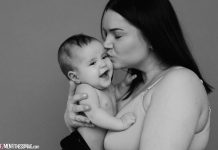 You Are Not Alone in Your Postpartum Journey. Our Lovely New MOMs!